Educators and Community
Based Facilitators

The District Six Museum is a useful extension of the classroom or community learning experience. Visually appealing, the Digging Deeper exhibition encourages learners to be curious about a recent past to which they may or may not have a direct family or community link.

Educators are advised to prepare learners in advance to help them to navigate through the layered oral testimonies, documentary evidence, and audio-visual materials.  Our ex-resident education officers offer intimate guided visits which learners love. They leave with more than facts: they leave having engaged with the knowledge and spirit of a place that Apartheid destroyed, but that lives on in the memories and personal stories of former residents. These memories and stories are passed on to many others and continue to be associated with the empty spaces and fragments left behind after the bulldozers moved out. Traces are still evident in the fragments of architecture left standing.

Many areas of forced removals have become gentrified . Gentrification can be described as a new form of displacement and social rupture based on economics, not classification.

A visit to the District Six Museum is also an opportunity for community to provide historical and cultural contexts for the work that they do. Our programmes help participants to understand how the past explains the present.

To make a booking for a learning institution or community , please contact reception@districtsix.co.za or book online below:

Who are our current
Ex-resident Storytellers?

For many years, Noor Ebrahim and Joe Schaffers have been introducing learners – young and old alike – to the history, culture and social life of District Six, life under Apartheid, and forced removals in general. They have recently been joined by Susan Lewis and Aboubarker Brown (returnees), and Ruth Jeftha, Farahnaaz Gilfelleon, Jasmina Salie and Moegammat Benjamin (claimants).

Mlandeli Mbiko has recently joined the team to share his experience of Apartheid Pass Laws with learners. He is a heritage practitioner developing the concept for a Heritage Precinct in a township called Nyanga.

Building the repertoire of available stories of people who lived under Apartheid, continues to be an important strand which the Museum will continue to develop and grow. We are constantly on the lookout for more former residents of District Six and other sites of forced removals who have experiences of the pass laws and influx control to join this team of storytellers.

Aboubarker Brown was born at 181 Hanover Street in District Six. He attended Trafalgar Junior and later Trafalgar High School. He was a very good baker, and also played for Rosebuds Rugby Football Club. In his story, Aboubarker will speak about the many things that he misses about District Six, especially the togetherness of people in the community. He was 26 years old when the Group Areas Act forced him to move. He is one of the successful land claimants and has moved back to District Six as part of the process of restitution and restoration of the community.

Links to publications and videos of storytellers:

Who are the facilitators of learning at the Museum?

The Education Department is coordinated by Mandy Sanger, a former teacher experienced in popular education as well as traditional methods of education. She is assisted from time to time by various learning practitioners, community and arts facilitators, and various skilled volunteers and researchers. Ex-resident storytellers – two fulltime and a varied team who are engaged on a part-time basis- complete the team of the Education Department.

The Museum also opportunities for interns from time to time. If you would like to volunteer as a learning facilitator, please contact education@districtsix.co.za

What does it cost learners to visit the museum?

Learners from the African continent

Learners from other countries 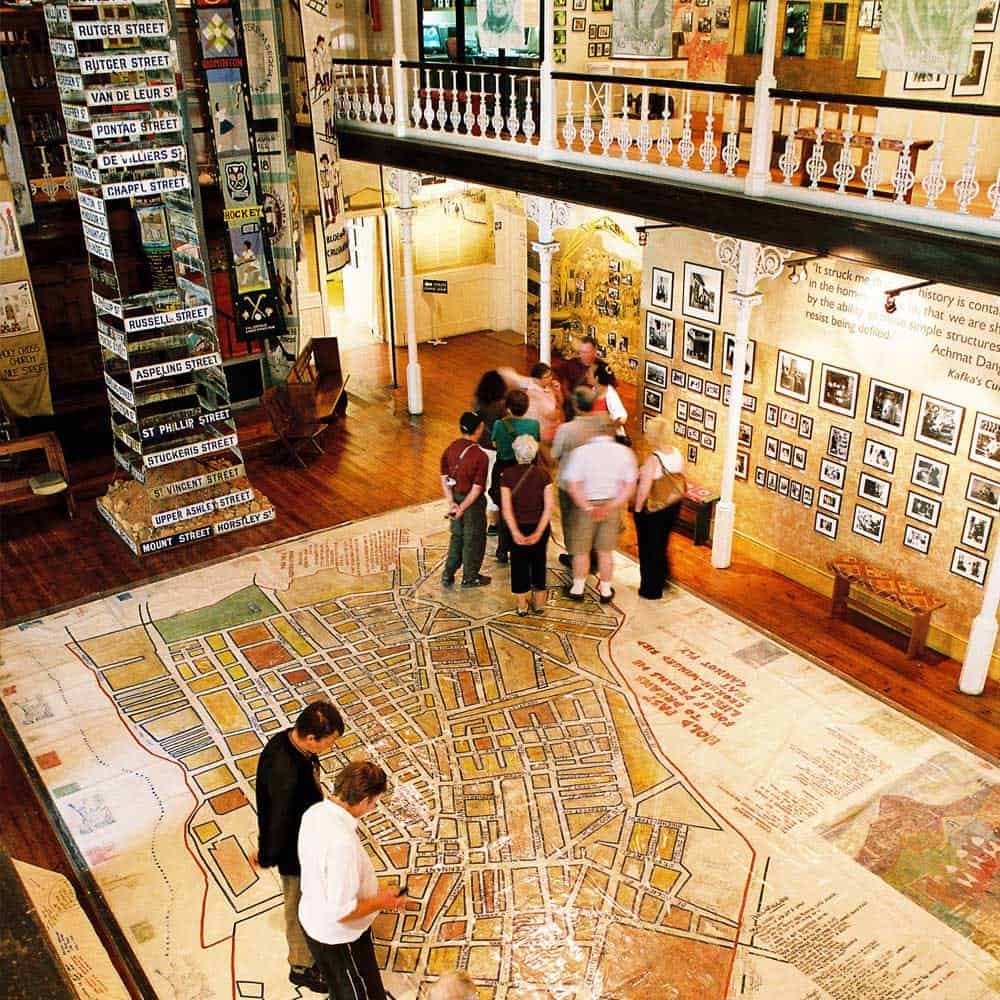