Hurry, hurry Albert is the nickname affectionately given to the late Albert Johanneson, footballer of note. South African by birth, he became the first black football superstar in the modern English game when he played for Leeds United in the 1960s. A comic book produced about his life details Albert’s struggles with first, Apartheid in South Africa and after that, with the overt racial prejudice in England at the time. It is also a celebration of Albert’s wonderful footballing achievements.

A reflection on racial prejudice accompanied the comic book launch and mini-exhibition that took place on Human Rights Day, 21 March 2016, at the District Six Museum. The comic  was developed with one of the Museum’s partners based in Sheffield in the UK –  FURD (Football Unites, Racism Divides.) It was illustrated by Cape Town illustrator, Archie Birch

Brief background to the comic book
On Saturday 1st May 1965, Albert Louis Johanneson became the first black footballer to appear in an English FA Cup Final as Leeds United met Liverpool. Albert was cheered in anticipation by Leeds fans, but also clearly audible were the widespread boos reserved for England’s first black super star. There were virtually no black professional footballers in England when, in January 1961, the 20 year old from Germiston township in Johannesburg arrived in Leeds.

Fortunately for Albert, on the field with Leeds, Jack Charlton and Billy Bremner took it upon themselves to become the winger’s minders, a sort of early-day anti-racists, defending. Albert against the racist actions of opposition players, fans and club officials.

In order to tell this inspirational yet sadly poignant story of Archie’s life, FURD and the Museum worked with Archie Birch to publish a 24-page comic book aimed at reaching a wide- and especially young- reading audience. The partnership project built on the success of a previous comic collaboration about the life of another footballer called ‘Arthur Wharton, Victorian Sporting Superstar’.

Former Leeds and Sheffield United star Brian Deane has welcomed the acknowledgement that Albert received at the 2015 FA Cup Final, which marked the 50th Anniversary of Albert’s appearance at Wembley. Deane commented, “As young, football-crazy lads growing up in Chapeltown, Leeds, in the early 1970s, Albert Johanneson was a name that we were all familiar with. Although his career was over, we knew he had been a great player for Leeds United and an inspiration for the next generation of black footballing talent in the city. He was a true pioneer, and one can only imagine how hard it must have been for Albert as the only black person in the stadium, never mind just on the pitch, in an age when there was open hostility against people purely because of the colour of their skin.

I know he received some terrible stick from opposing fans, but he persevered and became a hero both to the Leeds supporters and the black community in the city and beyond.”

The comic received backing from the SA-UK Seasons 2014-15 programme, a partnership between the British Council and the South African government’s department of Arts and Culture, with additional support from the Fare Network and Professional Footballers Association in the UK, District Six Museum and the South African Football Players Union. 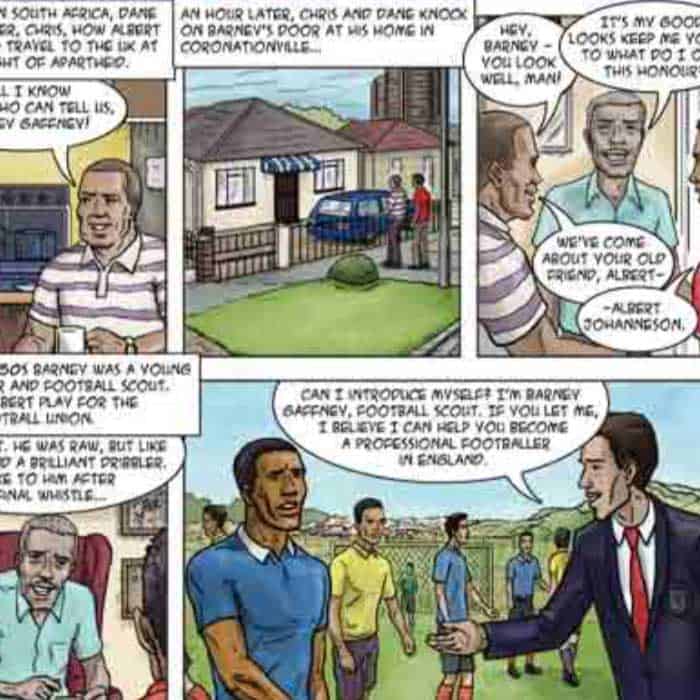 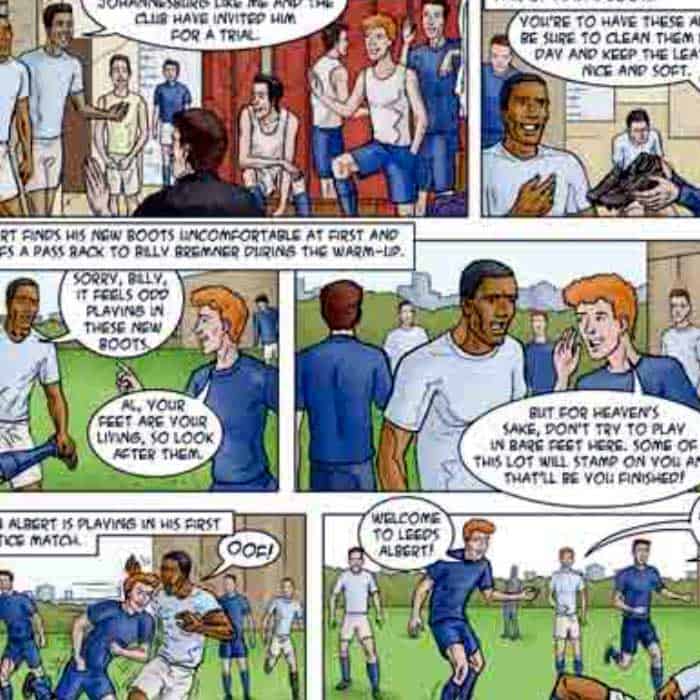 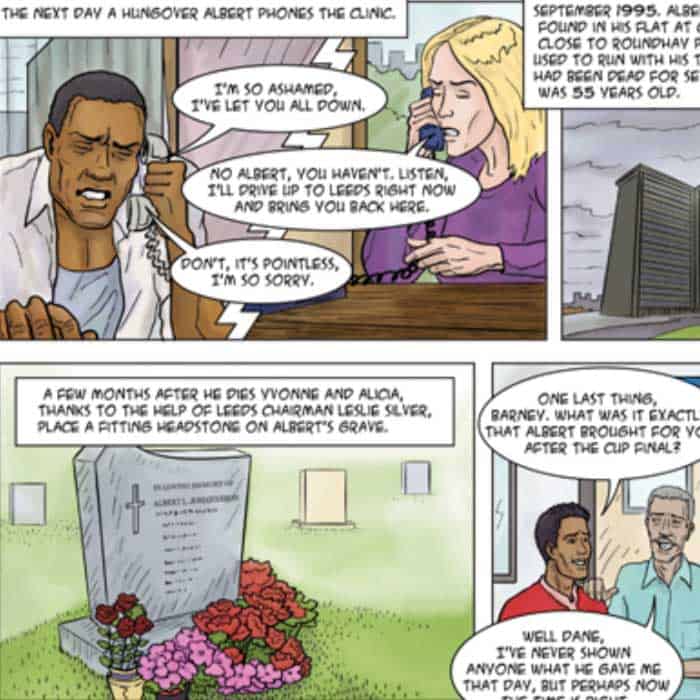 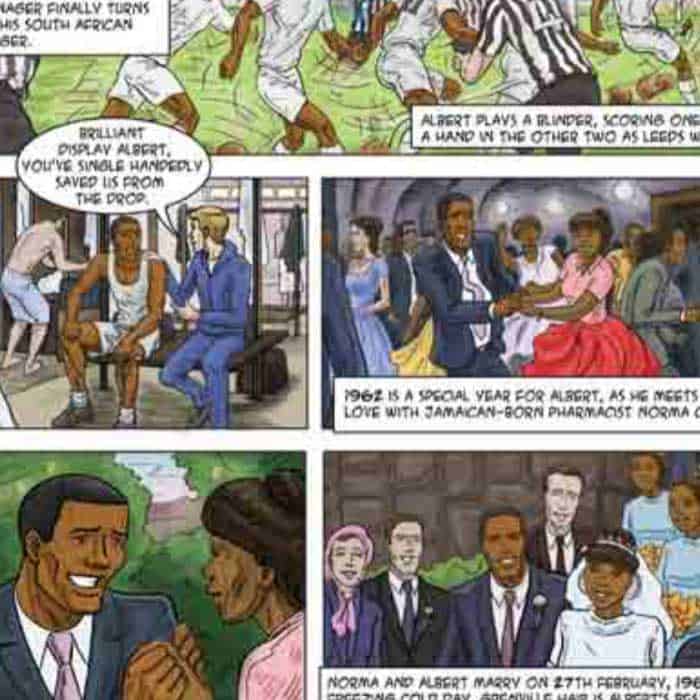