Remembering the declaration of District Six as ‘whites only’ 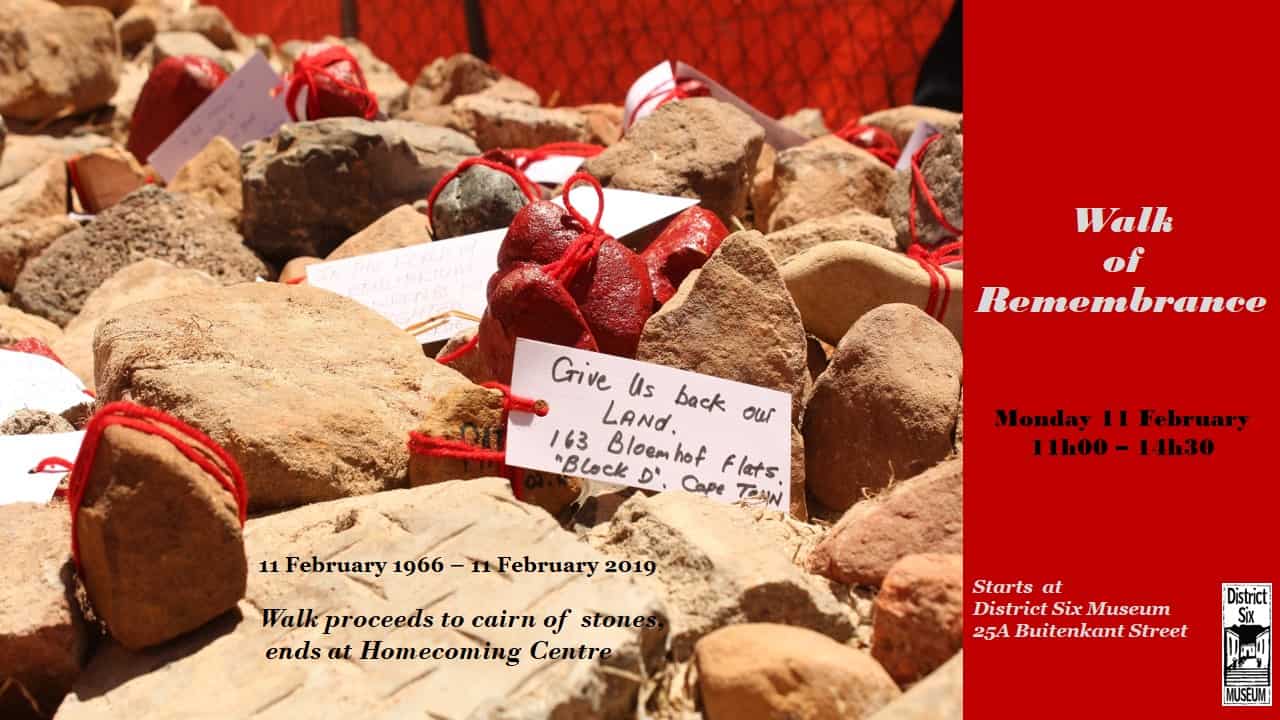 In the face of so many issues that impact negatively on our communities and the growing disappointment of so many, commemorating significant past events becomes more and more difficult. Occasionally overwhelmed by present issues, it might seem like an indulgence to mark the past.

But, despite the potential for the issues of the day to completely absorb our attention and energies, we know that it is dangerous to live in the ‘now’ only. Legacies live deep and we need to acknowledge them appropriately.

In this context, we invite all Capetonians to once again join us in the annual commemoration which is significant to the District Six community. The walk of remembrance marks the day that District Six was declared a White Group Area in 1966.

Remembered in different ways over the past number of years, the former and returning residents have worked hard to ensure that the day will be remembered by generations beyond their lifetimes. Connections are made between this past traumatic day and its current translation into a positive signifier. It was on 11 February in 2004 that the first ‘Return of the Elders’ took place. We remember the elation of that occasion when Mr Dan Ndzabela and Mr Ebrahim Moerat (both now deceased) received the keys to their new homes from the late President Nelson Mandela. There was joyous acknowledgement of the place of that day in his own life as well, marking his release from prison in 1999. On that day in 2005, another celebratory event took place when the next group of returnees received their keys as well.

On this day we acknowledge the tremendous impact of the draconian Group Areas Act under Apartheid, and its lasting legacy in the communities of people who were directly affected by it: District Six, Sophiatown, Bokaap, Windermere, Sakkiesdorp, South End, Fietas, Constantia, Claremont, Tramway Road and so many more.

On this day we also renew our pledge to ensure that the right to memory is non-negotiable, and its place in nation-building is to be affirmed. We remind ourselves of the unfinished business of land restitution, and of the ongoing displacement of people even as we inhabit the space of the new South Africa.

Join us at the District Six Museum on 11 February, starting at 11h00. We will walk together to the cairn of stones in Hanover Street (now enclosed by CPUT residence fencing), and end at the Homecoming Centre. You are invited to bring a stone from your community to lay on the cairn.