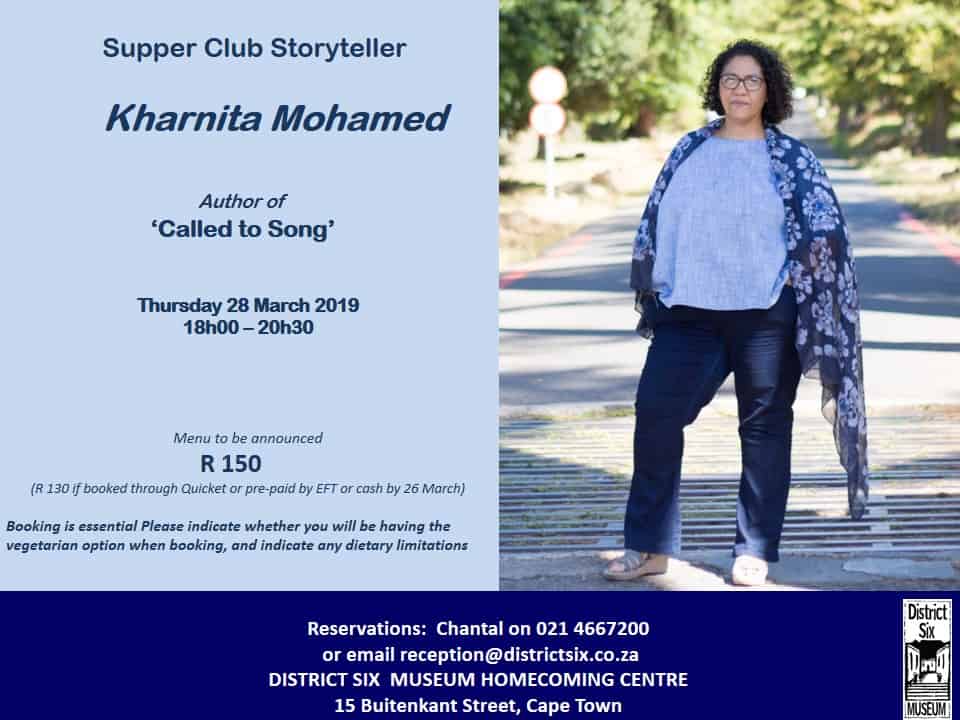 With its origin story firmly located in the practice of oral narratives, the District Six Museum is often described as an entity which ‘gives voice’ to people who have been rendered voiceless. Most times the people being referred to are those who have been displaced under Apartheid.

While acknowledging the affirmation that might be intended by that perspective, we self-identify somewhat differently, always believing that people have voices and express themselves regardless of whether organisations such as the District Six Museum exist or not. We see ourselves more on the level of creating opportunities for listening, and offering platforms for the existing voices of people to be heard, amplified and supported. It seeks out stories that are already in circulation, in order to strengthen its own understandings of what it means to be a platform for multiple and even discordant voices.

The difference might seem trite and subtle, but it is an important one which keeps us from speaking on behalf of people and usurping their voices. Hence, this 2019 theme signals our conscious attempt to actively find different voices.

The District Six Museum Supper Club is entering its fifth year of existence. It flowed from an exploration of the many ways in which ‘homecoming’ could be practically interpreted in actualising the intention of the Homecoming Centre. The common symbolism of community and sharing inherent in the idea of tables is referenced here: round-tables, ‘sitting around the table together’, the long-table concept, combined with the Cape Town practice of ‘gooi ‘n tafel’. This literally, means ‘throw a table’ (as in ‘throw a party’) and is particularly familiar to people from District Six and the Bo Kaap. It references the tables that were laid out by families  for Christmas Choirs, Malay Choirs and Minstrels during the Christmas and New Year holiday period.  Laden with seasonal fruit like watermelon as well as pastries and cakes, the tafels were decidedly celebratory, signalling the culmination of the year-long preparation of rehearsals, voice-training and costume-making.

Tables are thus evocative symbols for the District Six community representing coming together, sharing, arguing, breaking bread and storytelling around a common space. Tables also reference the intimate family rituals around food, work and religion that were performed in District Six homes before destruction, on a daily basis.

The District Six Museum’s Supper Club concept emerged from a desire to create opportunities for conversations of all kinds: enlightening, entertaining, philosophical, lyrical, visual or performative. It is intended to bring people together who might ordinarily not have met, and also create opportunities for friends to meet up with each other. It aims to contribute to a culture which encourages the expression of different points of view in a space which is contained and supportive.

Storytellers are invited to share their stories in whichever  way they wish, and guests attending the session are invited to listen and to later engage in conversations with the storyteller and with each other. Conversations continue over supper and dessert. Hopefully friendships and engagements will continue beyond the evening.

The 2019 iteration of the Supper Club series  is called ‘Finding Voices.’

(payments can be made by EFT, Quicket, cash or credit car)