Richard Rive’s 1986 novel, Buckingham Palace, District Six, depicts life and characters in District Six during the 1950s and 60s. It depicts their responses to the devastating removals under the Group Areas Act.

This truly sad, angry, nostalgic, yet sometimes funny novel formed the basis of the Buckingham Palace Exhibition that was open to the public from March 1998 until May 2000. The exhibition opened at the Museum’s Buitenkant Street premises on 24 March and was relocated to the Moravian Chapel in District Six at the end of December of the same year while the Buitenkant Street premises underwent restoration.

In writing the novel, Rive felt “a need to write history, a record of what it was like to live in District Six.” The interest generated by the exhibition was phenomenal in that schools as far as Gauteng Province arrived in their busloads to learn about District Six. 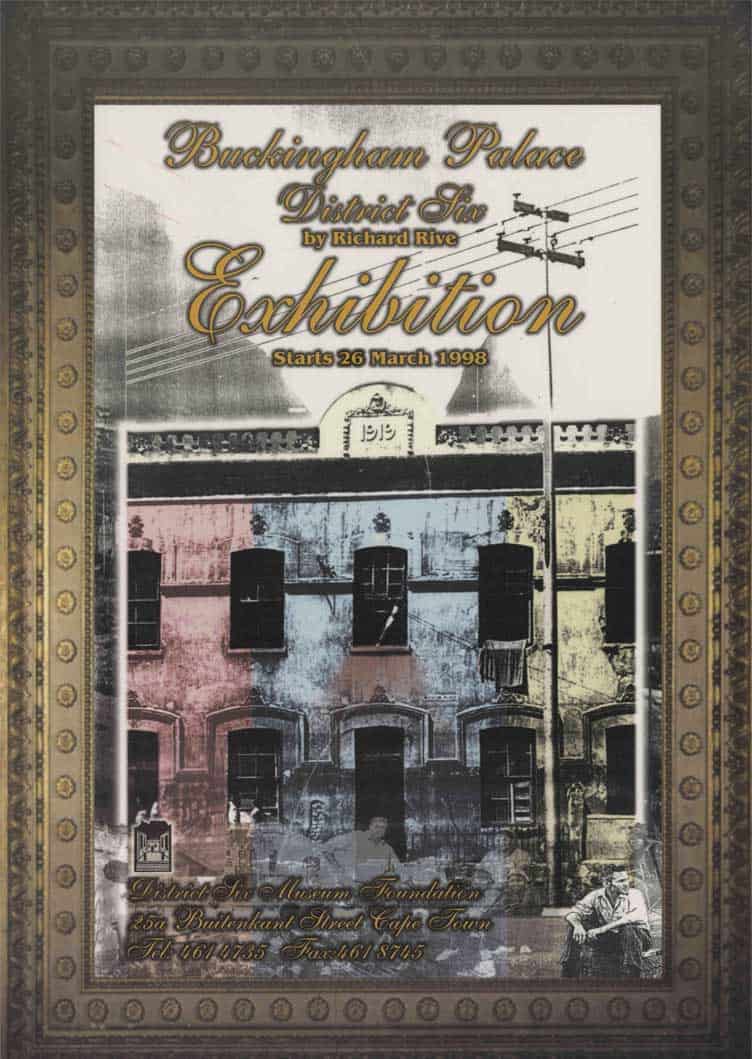