The 2010 Soccer World Cup provided an opportunity for people to learn about South Africa’s rich sporting history. The Offside exhibition built on this idea and offered exciting insights into some of our nation’s pioneering players.

Why does English football have such a large following in South Africa? What was it like for South African players who went to play for English teams? Were their talents as welcomed as they expected, and were their footballing aspirations fulfilled? These were some of the questions explored in the context of the exhibition.

Offside: Kick Ignorance Out! Football Unites, Racism Divides was a collaboration between the British Council, the District Six Museum, Football Unites, Racism Divides (FURD) and Kick It Out. The exhibition highlighted aspects of the footballing relationship between the United Kingdom and South Africa and how it has evolved over the last century. The exhibition focused particularly on experiences of racism in both countries and highlighted ways in which it remains a blemish on the beautiful game.

Offside presented visitors with brief insights into the lives of a number of different players who experienced and dealt with prejudices of one kind or another. These experiences were presented in interactive formats which invited visitors to reflect on what their own possible responses to the ‘offside moments’ in the lives of different players might have been. While the exhibition was aimed at a wide range of ages, it was particularly designed with young visitors in mind. 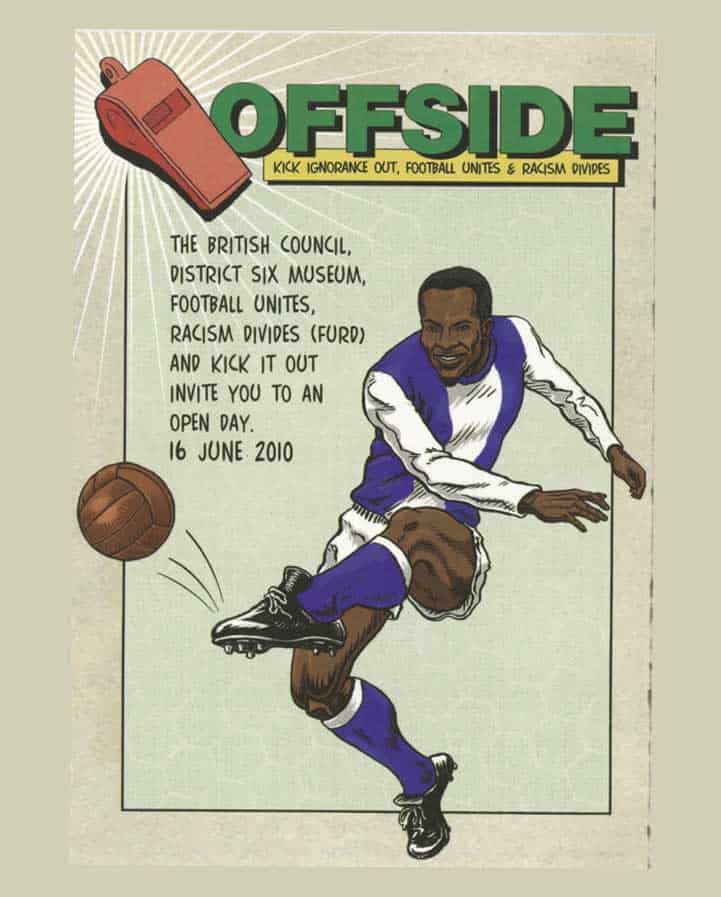 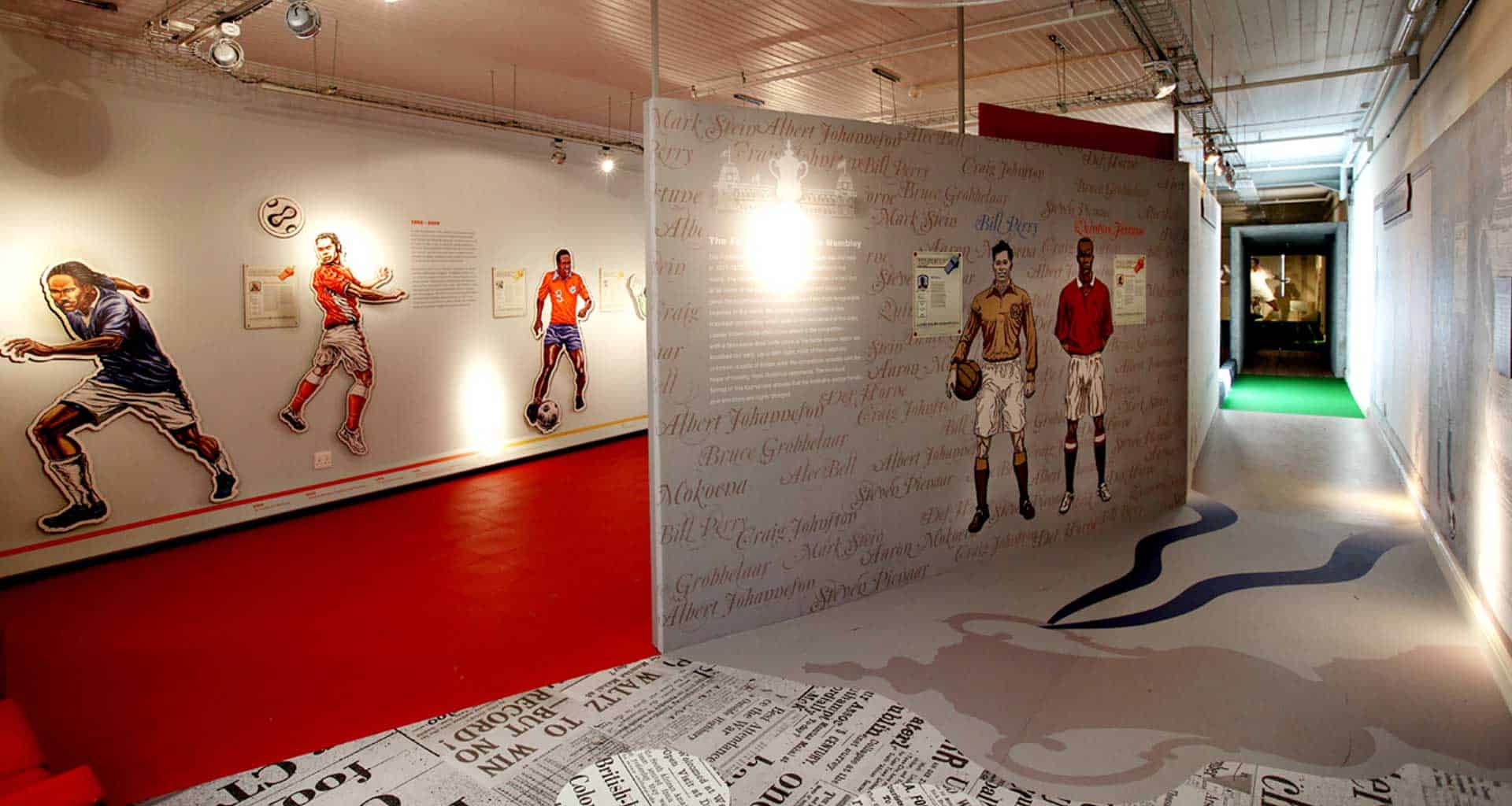 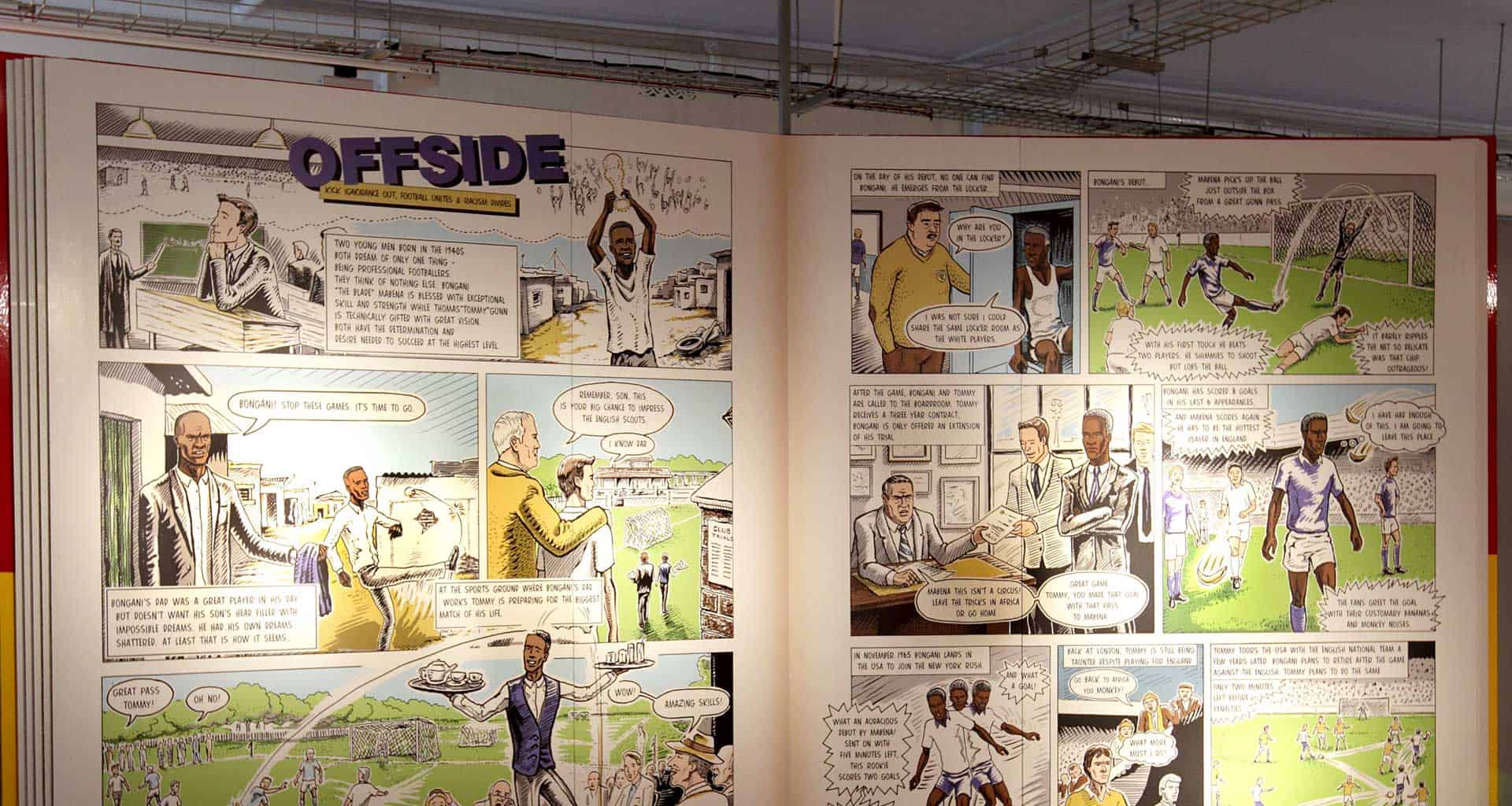 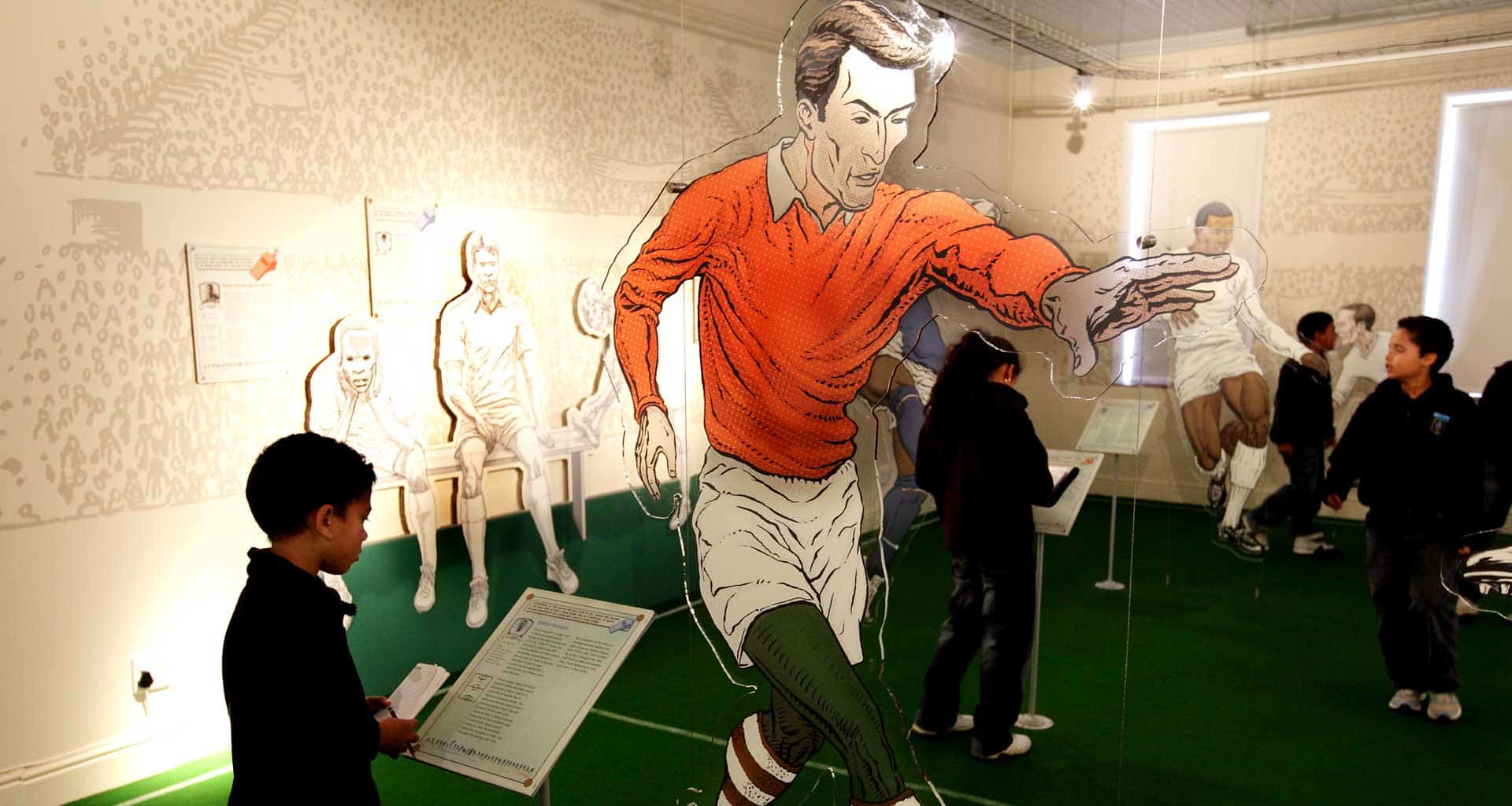