The District Six Museum opened its doors in the old Central Methodist Mission Church at 25A Buitenkant Street on 10 December 1994. The exhibition with which it opened was called Streets: Retracing District Six. Described as representing an ‘archaeology of memory’, it was the culmination of years of planning, dreaming and imagining on the part of the District Six Museum Foundation.

The most important feature of this exhibition was the 75 original street signs which hung in three laddered columns as a backdrop to the street map – a tangible reminder of ’home’. It signposted  memories and treasured experiences of a District Six, destroyed but not forgotten.

Streets was scheduled to open for only two weeks. However since its launch in December 1994, it has remained open due to public interest. While this installation become the primary exhibition of the Museum, a number of other exhibitions were curated alongside it, expressing the Museum’s desire to tell multiple and more complex stories which go beyond the story of District Six.  In essence, Streets was the cornerstone of and precursor to the Museum’s current permanent exhibition – Digging Deeper- which opened in 2000. 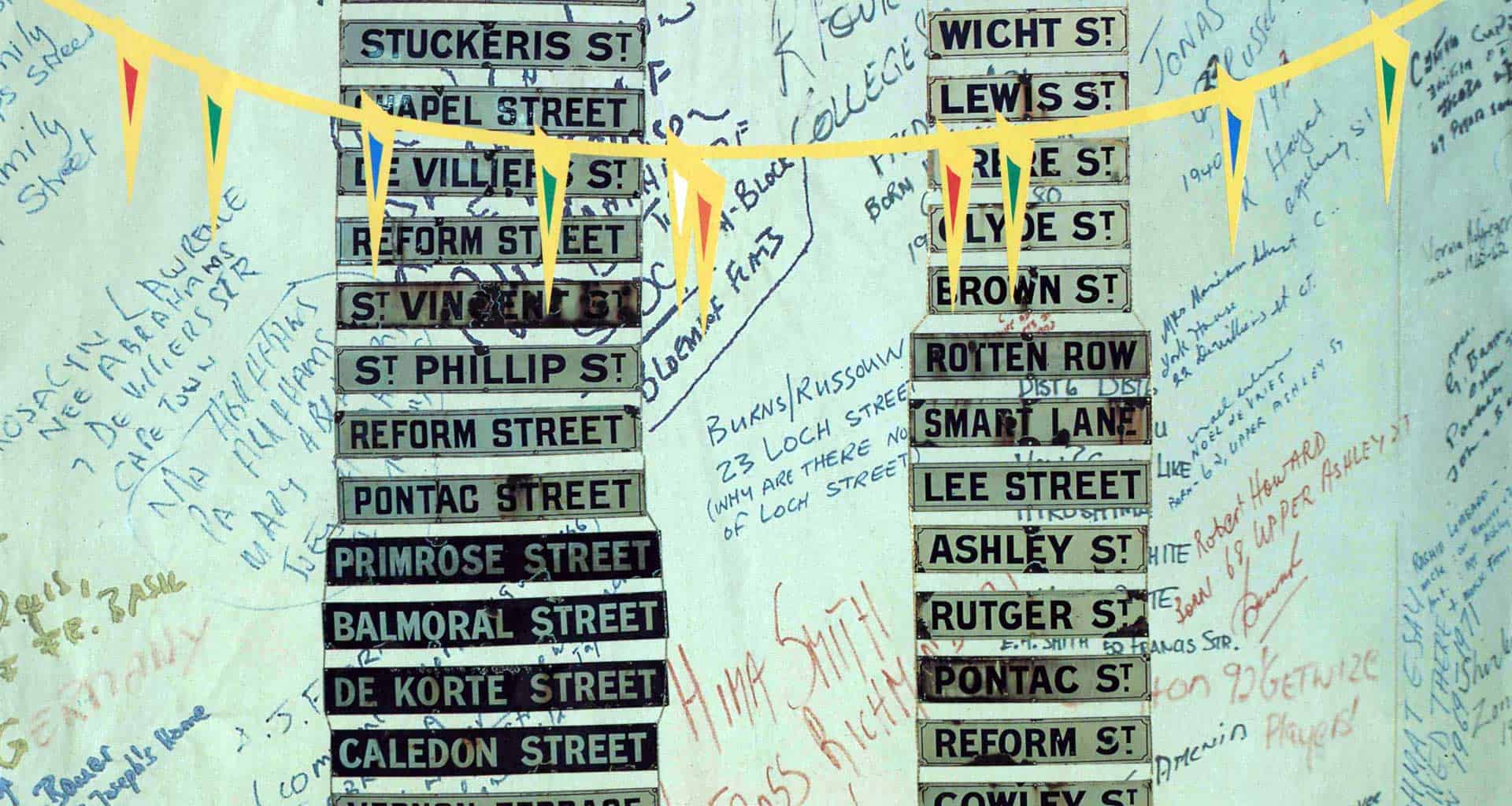 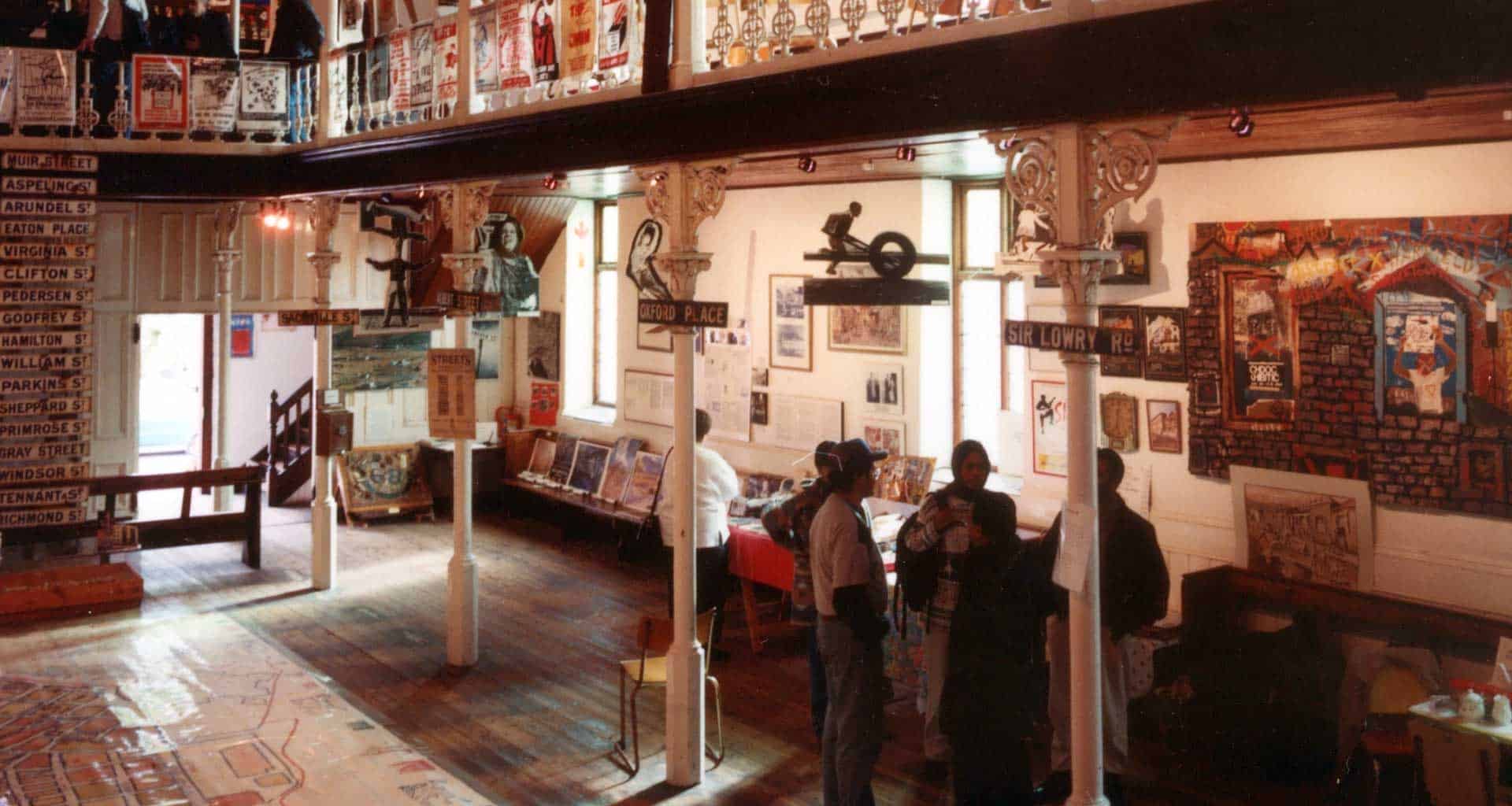 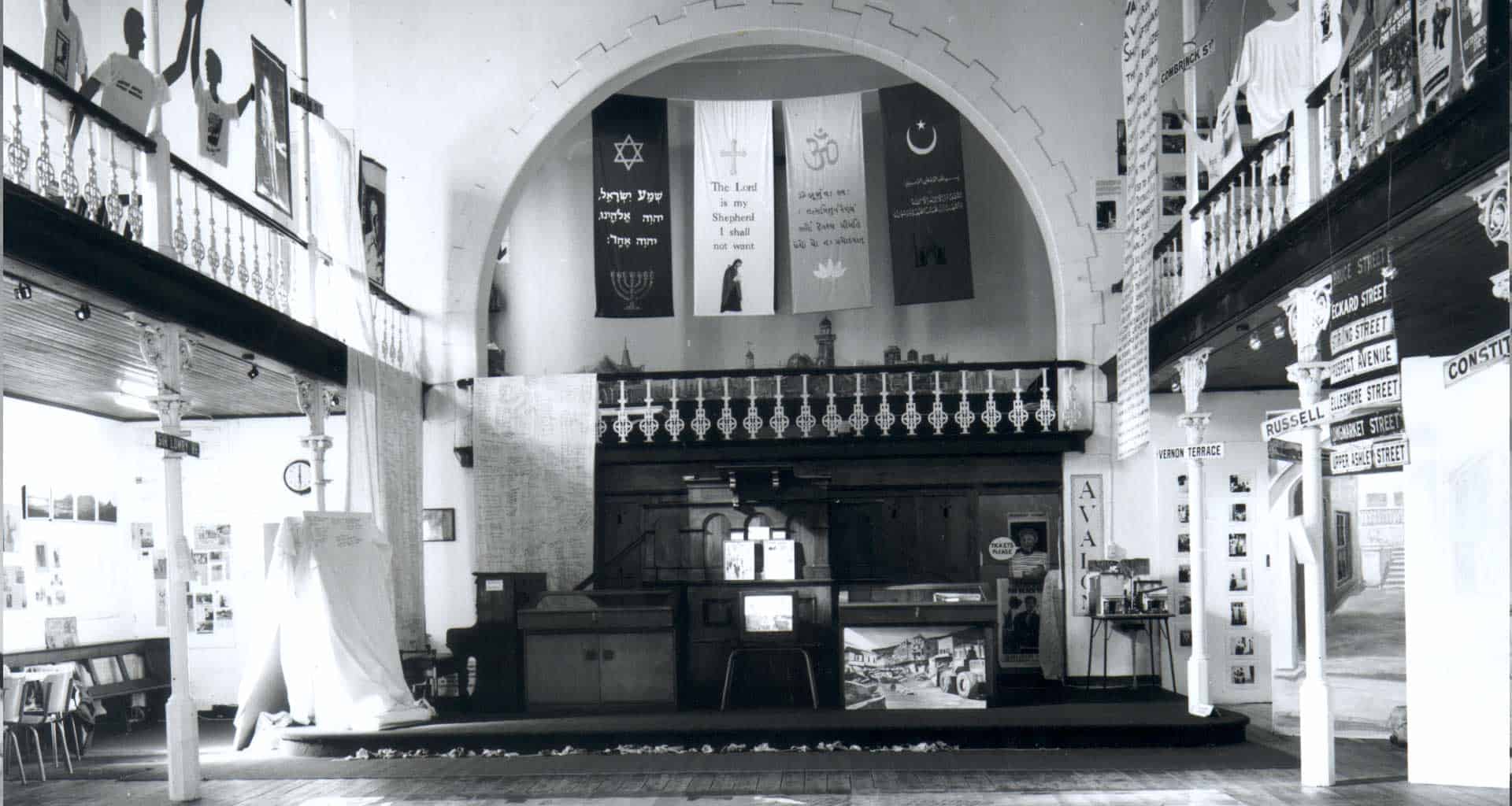